Tammie Bullard and Francine Scinto Leaving TUSD Board of Education 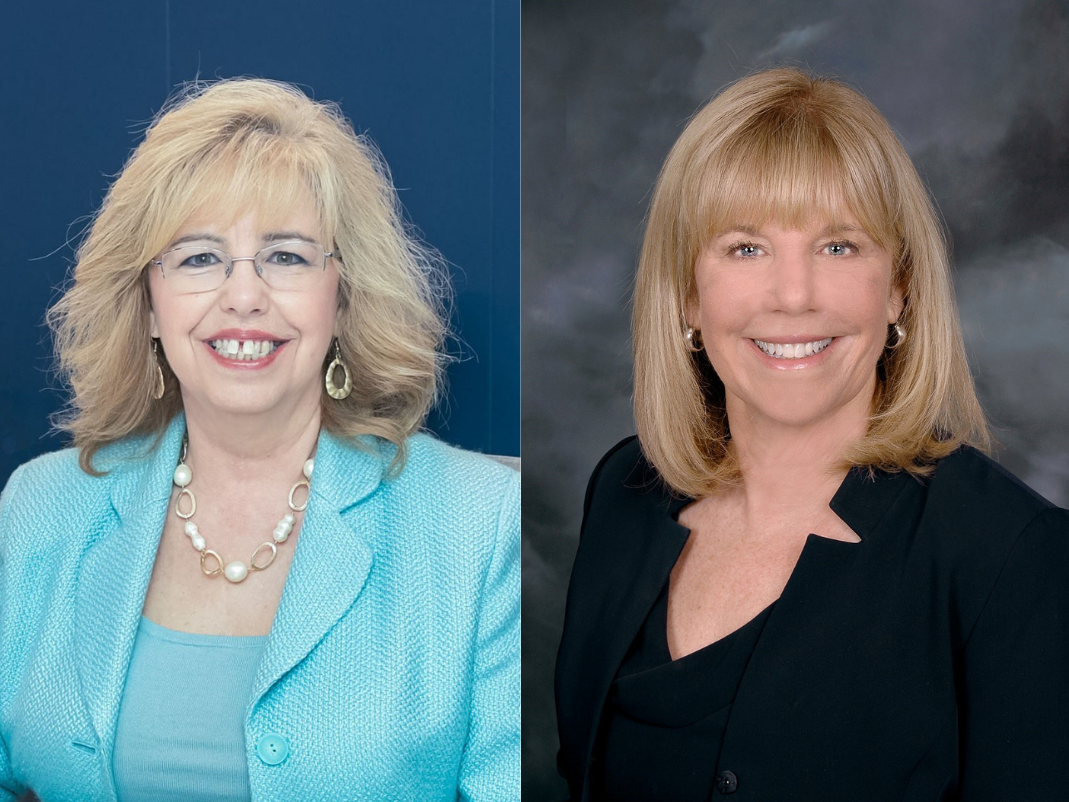 Tammie Bullard and Francine Scinto Leaving TUSD Board of Education After 24 Years of Dedicated Service to Students, Staff and Schools

After serving 24 years on the Tustin Unified School District Board of Education, members Tammie Bullard and Francine Scinto are finishing their final term and leaving the Board in the coming weeks. Bullard and Scinto were recognized at their last Board meeting on November 16 in the Board Room at the District Administration Center.

“On behalf of the TUSD community, I want to thank Tammie and Francine for their dedicated service and leadership over the past 24 years,” TUSD Superintendent Dr. Gregory Franklin said. “Since 1996, they have both contributed greatly to educational excellence in our school district and have provided a stable foundation both educationally and fiscally, a clear vision for our administrators, teachers and staff, and new instructional programs and school facilities for our students to excel. Tammie and Francine have served the needs of all students and left a legacy of excellence.”

Bullard and Scinto, who are business owners, were elected in 1996 and have both served six consecutive terms on the Tustin school board. They each served as president of the Board five times and vice president several times. Their children graduated from Tustin Unified high schools and have been successful in college and careers.

Under their direction and leadership on the school board, Bullard and Scinto have made an impact on countless students over the past three decades. During this time, Tustin Unified opened 10 new schools, including Legacy Magnet Academy which opened this year, and passed three bond measures to improve school facilities and enhance instructional technology throughout the District.

Tammie Bullard has represented TUSD on the Coastline Regional Occupational Program (ROP) Board of Trustees for 22 years, where she has served as president and vice president, and provided oversight for the exemplary career technical education program. She was elected to the California Schools Board Association Delegate Assembly and served for 14 years, and has been a member of the Orange County Schools Boards Association.

For many years, Bullard volunteered her time to design invitations and materials for the high schools’ Every 15 Minutes anti-drinking and driving program, and other events for schools.

“It has been an honor to serve on the Tustin school board for the past 24 years,” Bullard said. “I am so proud of what our leadership team has accomplished and how many new innovative programs and opportunities we have created for our students. Teaching has changed significantly over the years, and Tustin Unified has led the way and has been consistently recognized as an outstanding school district. I know Tustin’s legacy of excellence will continue due to the dedicated professionals that rise to meet any and all challenges and continue to put our families and students first.”

For the past 22 years, Francine Scinto represented TUSD at the California Association of Suburban School Districts (CALSSD), a lobbying organization for schools in Sacramento. She also served as CALSSD’s president. Scinto was elected to the Orange County School Boards Association Board of Directors, where she served for a decade as its president, vice president and member. She was also elected three times to the California Schools Board Association Delegate Assembly. Currently, Scinto is an elected member of the County Committee for School District Reorganization, which approves changes to school district boundaries.

In addition to her TUSD responsibilities, Scinto has served on Orange County’s Pacific Chorale Board and the Pomona College Board of Trustees in Claremont.

“It has truly been one of the great honors of my life to serve our community on the Tustin Unified school board for nearly a quarter century,” Scinto said. “We have in place a great hard-working, supportive team of educational leaders who year after year produce outstanding results. TUSD has been a beacon, proving that all students can learn. With a diverse student body that mirrors the state demographics, TUSD has consistently outperformed state averages. Observing a steady stream of highly accomplished students graduate from our high schools is simply a thrill.

“My tenure has been the fulfillment of dreams — saving school sites from being sold, building new and refurbishing older schools to high architectural standards, particularly a high school on the Tustin Marine Base, supporting high-level academic programs in all our high schools and developing a multi-language curriculum in elementary school. I’m very proud of these accomplishments and feel confident that TUSD is in capable hands.”