One Million And Counting!

You are here:
News 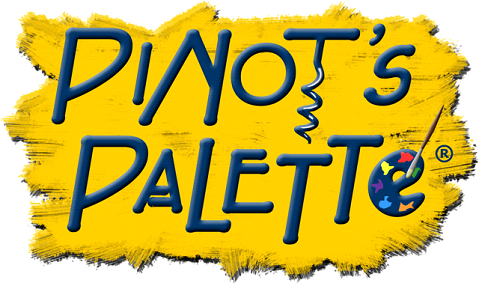 One Million And Counting!
Pinot’s Palette hits milestone in number of seats sold
On track for record year of franchise growth

HOUSTON (November 3, 2015) – Just six years after opening its doors for the first time, Pinot’s Palette, the first international franchisor of paint and sip studios in North America, has booked its one-millionth reservation. The milestone guest was Kevin Cochran, who booked his reservation at the Pinot’s Palette studio at The District, 2479 Park Ave in Tustin, Calif., and received a basket filled with gifts and prizes. Kevin attended the studio with his girlfriend, Jessica Greenwood, for their anniversary.
“Pinot’s Palette was fantastic,” Cochran said. “I’ve never considered myself to be artistic, but the artist made the painting process easy. Our seats were already prepared when we got there, and the bar had some great beer and wine options. I knew the night was going to be fun, but the artist helped to make it easy, too.”
The one-millionth guest arrived as the company was well on its way to a record-breaking year. Through the first three quarters of 2015, Pinot’s Palette has already signed agreements for 49 new franchise locations and has opened 23 new studios, an increase of more than 30% in each category over last year at this time.
For Pinot’s Palette co-founder and CEO Craig Ceccanti, the dramatic growth coupled with the announcement of the chain’s one millionth guest has exceeded even the highest expectations he and co-founders Charles and Beth Willis had for the concept when they launched it in 2009.
“Reaching this milestone is a true masterpiece, all its own,” Ceccanti said. “When we opened the very first Pinot’s Palette studio, our dream was to grow this business and share our love for art and entertainment in a new way. Now every single day continues to surpass that dream as more people experience this journey with us!”
Today, with 149 studios awarded across the United States and Canada and a path of record growth ahead, Pinot’s Palette has expanded into the fastest-growing franchise in the paint and sip industry that it has helped establish. Thanks also to the proprietary technology designed by Ceccanti that helps manage the business, the reservation count across thousands of Pinot’s Palette events that blanket North America was a headline just waiting to happen.
“This is such a huge honor for our Tustin studio and for the entire Pinot’s Palette family from coast to coast,” said Scott Lockerd, the franchise owner that booked the landmark reservation. “When we joined Pinot’s Palette, we wanted to be part of something big. And now look at us. We have taken our motto to ‘Paint. Drink. Have Fun.’ at Pinot’s Palette to a whole new level, and what’s happening here is growing like gangbusters all over.”
To locate the nearest Pinot’s Palette or to book a reservation, visit www.PinotsPalette.com.
About Pinot’s Palette
Pinot’s Palette is a pioneer of the paint and sip experience – a revolutionary way to enjoy art and wine, meet new people and bond with friends. With 149 locations open or under development across 33 states and Canada, and new locations popping up monthly, Pinot’s Palette is the world’s fastest growing paint and sip franchise. Guests enjoy a no-experience-required art class—all supplies included—directed by trained, local artists, who guide guests step-by-step through a featured painting. By bringing fun, modern and creative ideas to their events, Pinot’s Palette curates a unique, rewarding experience while providing a worthwhile contribution to the community. For more information, visit www.PinotsPalette.com.